The laser ablative dry film, LADF, is designed for imaging on infrared laser systems, such as digital flexo or letterpress image setters. The imaged film can be used for the UV exposure of analogue flexographic, letterpress and offset plates, as well as for screen printing stencils and for image control.
The new LAD film is claimed to offer numerous advantages to the user. Due to the very high resolution (>10.000 dpi, depending on the laser system) as well as the high contrast and the reproduction of even the finest details, it is suitable for almost all applications.

Kodak DITR 4401 Film was also designed to be imaged on standard flexo CTP imager in just a few simple steps. This innovative film eliminates processing entirely, saving time and minimizing the opportunity for process variations that can necessitate startovers. In addition, KODAK DITR 4401 Film can be handled in yellow or UV-modified fluorescent lighting for easier cutting and manipulation. And you no longer need to maintain a separate darkroom.

We have tested Kodak DITR 4401 Fim for analog flexography but its price was too high in comparison to "processed/imaged" films from CTF shops using traditional digital films from China.  In light of the new LADF by Flint we hope Kodak's DITR will implement a new pricing strategy so more people can use its products.

Flexo Plate Digital hopes to try Flint's LADF in the near future, and we'll definitely share our findings with out industry friends and partners.

Apr. 30, 2020 / PRZen / BOSTON & HELSINKI & JAKARTA, Indonesia & BUENOS AIRES, Argentina -- The Global Premedia Network (GPN), which continues to expand its international brand stewardship, is proud to announce Indonesian PT. Flexo Plate Digital and Argentinean Fotograbados Longo S.A. as its new strategic partners.  At this point, the GPN consists of eight independent and strategically connected companies aiming to establish mutually beneficial collaboration in order to provide superior packaging premedia services to their FMCG clients worldwide. "We are excited to join such a great group of forward-thinking companies. There is already a fantastic level of synergy between us and some of the GPN members and we are hoping to expand our collaboration with the rest of the network," stated Sebastian Longo, President and Managing Director of Argentinean based Fotograbados Longo S.A. Laura Wright, CEO of CSW, Inc., and Kai Lankinen, MARVACO's Chairman, agree 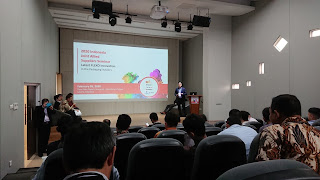